Share budgets and settings across ad groups to seamlessly create and organize campaigns your way.

Ad groups give you the ability to organize your campaigns in a way that is best for you. At the campaign level, you can customize overarching settings such as budgets, schedules, and frequency caps. Ad groups allow you to further restrict those settings, target specific audiences within a campaign, allocate budgets, and customize bids. This makes it easy to test and optimize different configurations within one campaign.

For example, if you’re running an offer in two countries and you want to allocate different budgets and unique bids for each, you can set up one campaign for the offer with two different ad groups instead of creating two separate campaigns.

Before you create your first ad group, you will need to have a campaign set up.

NOTE: Campaigns are limited to a maximum of 50 ad groups per campaign.

First, be sure you are in the Push section of RTX Platform. You can create a new ad group for a campaign any time by going to the Ad Groups tab within a campaign and clicking + NEW AD GROUP.

Ad groups are highly customizable. You can modify your settings for each ad group within a campaign to further restrict your campaign settings and target specific audiences, allocate budgets per group, and increase your ROI. NOTE: An individual ad group’s settings can only be more restrictive than what you set in campaign settings.

You can apply the following settings to each individual ad group.

Ad Group Name: You should name your ad group something that will help you stay organized. For example, if you're separating your ad groups by geographic targets, you can name the ad group the geo(s) you’re targeting. TIP: When you're appending tracking macros to your creative URLs, be sure to pass back the {CAMPAIGN_NAME} and/or {CAMPAIGN_ID} macro(s) in addition to the {ADGROUP_NAME} and/or {ADGROUP_ID} macro(s) in case you have the same or similar names for ad groups across multiple campaigns.

Status: You can choose to set an ad group to active or paused upon creation. NOTE: This setting is also available at the campaign level. If your campaign is paused, no ad groups within that campaign will be eligible for traffic.

Geographic Targets: You can choose to target countries, states, provinces, or cities. 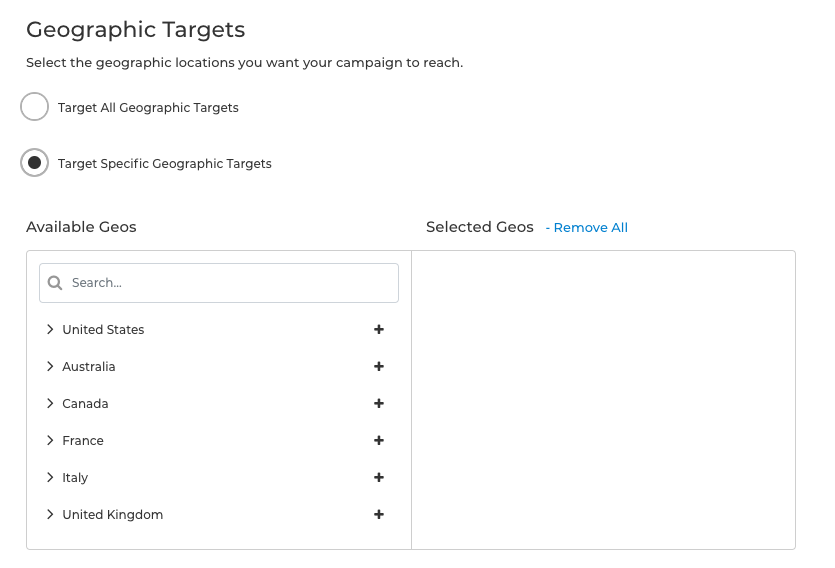 Platform & Device Targets: Narrow your targeting by specifying which target types, operating systems (OS), device types, browsers, connection types, and mobile carriers you do or do not want to receive traffic from. EXAMPLE: If you only want Mac OS traffic, you would set OS is Mac OS. If you wanted all browser traffic but Firefox and IE, you would set Browser Targets Is Not Firefox and IE. See below for this example. Learn more about Platform & Device Targets.

Default Bid: Input the default amount you want to pay per click. Bids can be customized later for specific traffic. TIP: To ensure your bids are competitive enough to get traffic, you should apply the suggested default bid.

Delivery Speed: Apply either Paced Speed or Express Speed depending on how quickly you’d like your ads delivered. Learn more about Delivery Speed.

NOTE: To use Paced Speed, you must enter a daily budget.

Scheduling: If you want your ad group to receive traffic only during certain days and times, you can set a more restricted custom schedule than what you set in your campaign settings (if applicable). NOTE: This setting is also available at the campaign level. 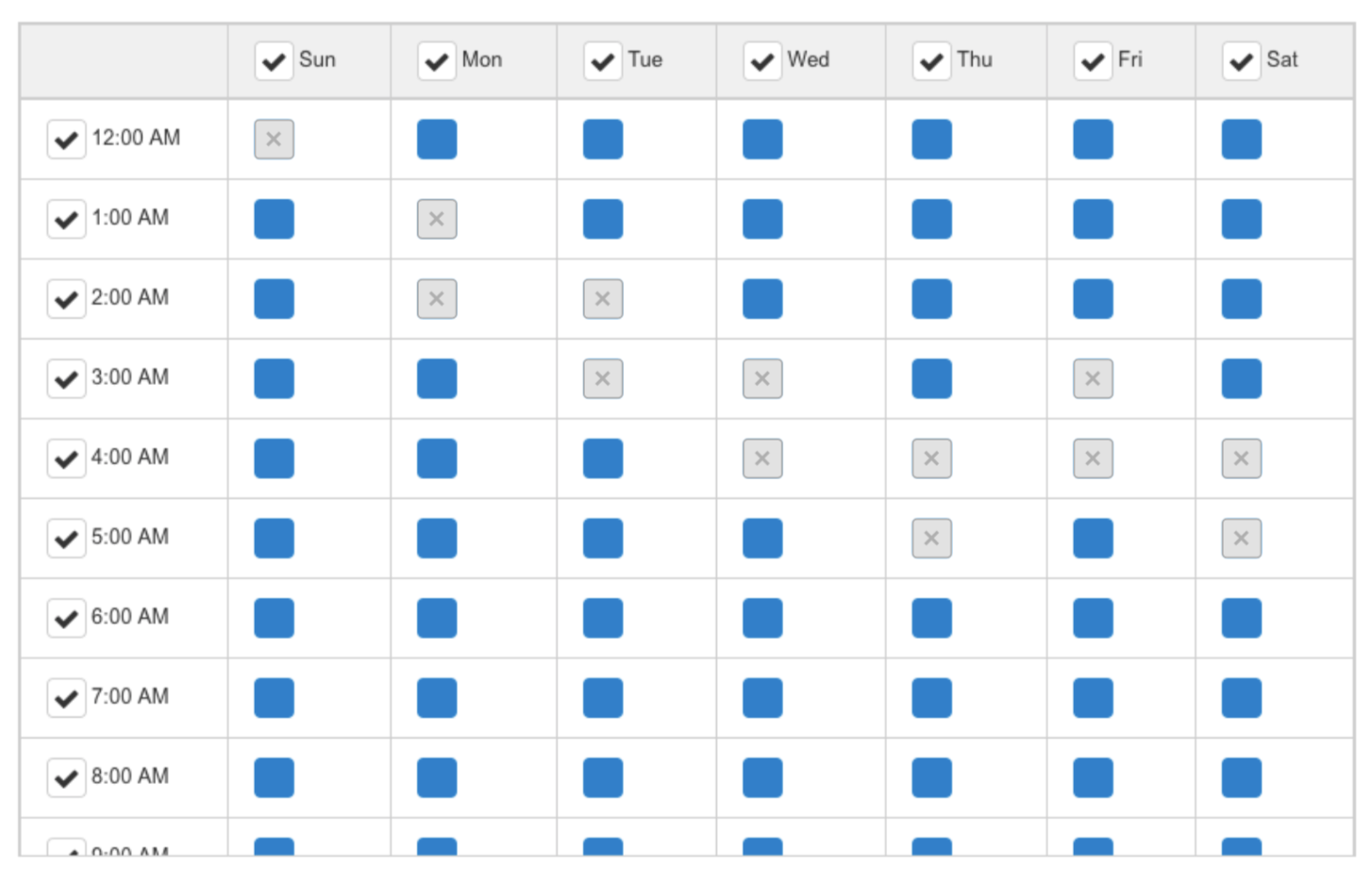 Frequency caps: If you want to further limit the number of times a user in this ad group can see its ads in a given period of time, set a stricter frequency cap than what you set in your campaign settings (if applicable). NOTE: This setting is also available at the campaign level.

Click caps: If you want to further limit the number of times a user in this ad group can click its ads in a given period of time, set a stricter click cap than what you set in your campaign settings (if applicable). NOTE: This setting is also available at the campaign level.

After you begin testing, you should track performance metrics for your ad groups in your third-party tracker using tracking macros. As you begin collecting data, you can start optimizing. Is your data showing that a certain ad group is converting during the weekdays and not on the weekends? From the Ad Groups tab within a campaign, click into that ad group and then select Settings. Scroll down to Scheduling and apply a custom schedule so that your ad group only runs Monday - Friday. This new custom schedule will apply just for this particular ad group and leave the schedules in your other ad groups unaffected. Be sure to save your changes at the bottom of the page when you are done.

Next, learn how to add creatives to your ad groups.